The electric vehicle, invented in the late 1800’s, first came on the scene because it was more comfortable and easier to operate for consumers at the time than gas-powered vehicles. They were quickly replaced however with new, higher quality gas-powered vehicles that could go further without fueling up. The internal combustion engine has ruled the roadways for over 100 years, but how likely is it to remain king for 100 more?

The Effect of Hydrocarbon Emissions
The world became interested in EVs again as the effects of hydrocarbons became well known. Petroleum is a complicated mix of chemicals with varying degrees of toxicity, all linked to everything from lung disease to cancer in humans. Petroleum is also an instant killer of sea life when spilled.

The burning of hydrocarbons also increases climate change and the “greenhouse effect.” Once the true effects of hydrocarbon fuels were known, many activists and manufacturers sought a better choice, and the EV was the solution they needed. Though environmental concern remains the number one reason for purchasing an EV, there are many other practical reasons EVs are on the rise.

Percentage of Vehicles Which Will be Electric by 2030

Growing Popularity
According to the Edison Electric Institute, there are already more than a million EVs on U.S. roads, and there will be a projected 18 million by 2030. There are many reasons, according to Cars.com, for the increased popularity of electric vehicles. Some reasons involve the elimination of old fears, while others please a new kind of consumer.

As more charging stations are built, range anxiety- the number one reason potential consumers have long given for not buying an EV- becomes less of a threat. The result is that the number of potential consumers with range anxiety has dipped 6% in the last year. As reports from EV owners come back saying they have not ever run out of a charge or had trouble finding a charging station, more people are willing to move past their misgivings and try an EV. New consumers are also paying attention to reports of maintenance-free cars that are ultimately a lot cheaper than their gas-powered counterparts.

In fact, lower long terms costs is one of the top reasons consumers choose EVs. According to Energysage.com, the cost of operating a gas-powered vehicle each year is $1,117, while the yearly cost of operation for an EV is $485. And the difference may get even larger—the U.S. has kept gas prices artificially low for years (Europeans pay more like $6-$7 dollars a gallon), a habit that will have to end at some point as the limited resource becomes rarer. The higher gas prices soar, the more EVs will be on the road.

For many who have only heard reports in the media about exotic brands and astronomical price tags, the EV has long been considered an indulgence of the wealthy. The democratization of EV brands is also getting more consumers on board with purchasing an electric car, however. More consumers are learning they don’t have to spend a fortune to purchase an EV, and that the brand names they’ve always known and counted on are offering accessibly priced vehicles.

A new reason is also emerging for buying EVs—the buyer who wants the most cutting edge technology available. In addition to zero tailpipe emissions, LED headlights, wireless charging, sodium-ion batteries, turbo-charged EV engines, windows, and open roofs that lighten and darken on their own depending on the sun, and 360-degree cameras are all technology coming to an electric vehicle near you.

Market Forecasts
But are EVs really on the rise? According to CBInsights Auto and Mobility Trends, Electric vehicles are slated to increase from a 2% global share in 2016 to 22% in 2030.

“The global electric vehicle market size was valued at $118,864.5 million in 2017 and is projected to reach $567,299.8 million by 2025”, according to Allied Market Research. While China, France, and Norway have been the largest buyers of EVs in the past, North America is set to be the biggest market going into 2025.

Though some still have doubts the electric revolution will replace most gas-powered cars, EVs become more popular and numerous every day, as the reasons to become an EV driver continue to grow. What Electric Vehicles Don’t Do is Good for Us All

Drivers Can Use the Fastest Chargers to “Top Off” an EV, But Should They? The Secret Savings of Car Sharing Why Join an EV Car-Sharing Service? There are More Reasons Than You May Think 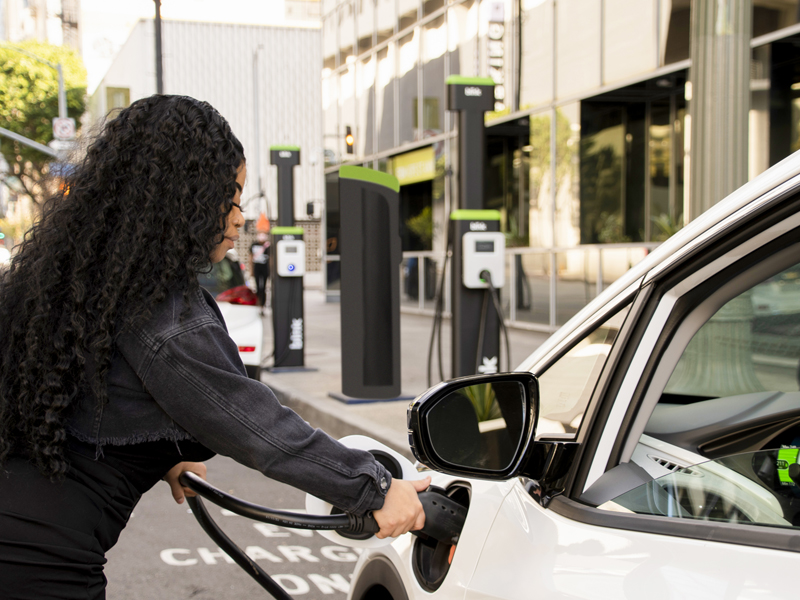